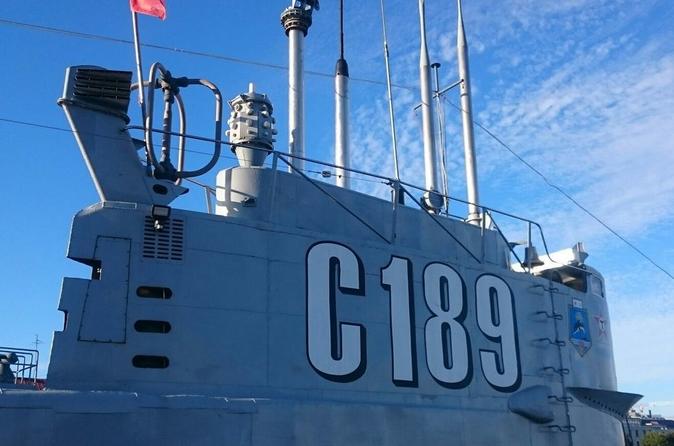 Experience something completely different as you encounter life in a C189 Soviet medium-sized diesel-electric torpedo submarine, the first and most mass-produced type of boats built after World War II in the world.
This NATO classified Whiskey-class Soviet submarine was built in 1954, and – incredibly, once you've looked around inside – served in the Soviet navy until 1990. Since then the submarine has been full renovated and restored.

Inside, you will be able to look through the fully functioning periscope, discover the very cramped sleeping and living quarters and you will also be able to see where the torpedoes were prepared and launched.