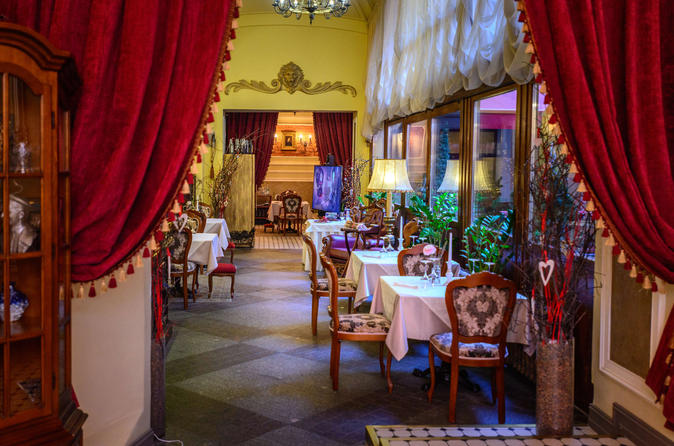 Feel like a Russian Tsar having meal in luxurious restaurant in the very center of the city.

Imperial Period of Russian is the most prominent and contrast in Russian history. We want to introduce you unique cuisine of those times: You will be surprised how different it is from Soviet and Modern one. You’ll be transferred to the 18th century and you’ll definitely feel like a nobleman in front of the table with the best dishes and drinks.

We’ve chosen the most distinctive restaurant among hundreds of others which is built in the best traditions of Imperial chic. It’s located in the very center of Saint-Petersburg and we eager to show you the most well-known places of interest on our way as a pleasant bonus before tasting royal foods.

Feel like a Russian Tsar having meal in luxurious restaurant in the very center of the city.