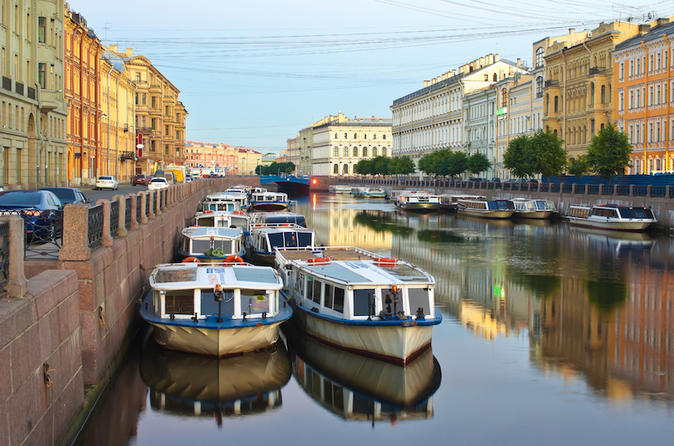 Take a tour of the Yusupov Palace; a unique architectural ensemble of the XVIII-XX centuries, the monument of history and culture of Federal importance.

With your English tour guide you will explore the unique architectural ensemble that is Yusupov Palace. The Palace was included in the national history as the scene of the murder of Grigory Rasputin - Siberian peasant, who in the beginning of XX century was a spiritual mentor and friend of the family of Emperor Nikolay II.

Prince Youssoupov Palace, a 19th century mansion of Russian aristocrats, the place where they lived and where Gregory Rasputin was assassinated in 1916. On a quiet stretch of the Moika River stands a long yellow building, which was once the residence of the wealthy and respected Yusupov family and which saw one of the most dramatic episodes in Russia's history, the murder of Grigory Rasputin. The legend surrounding Rasputin's murder, which took place in the basement of the Yusupov Palace on 16 December 1916, are mostly based on the sensationalist account in the autobiography of Prince Felix Yusupov. There is now a display in the palace museum that uses photography, documents, and wax figures to recreate the assassination and the investigation that followed.

Take a tour of the Yusupov Palace; a unique architectural ensemble of the XVIII-XX centuries, the monument of history and culture of Federal importance.