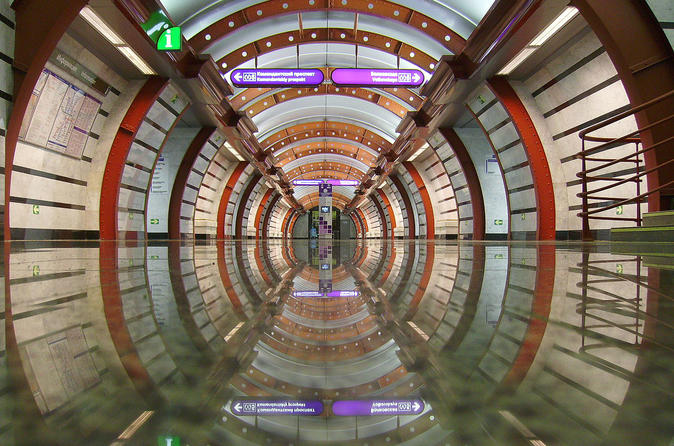 Explore one of the deepest and most elegant underground in the world!

The underground of Saint Petersburg has 67 stations. We’ll take you to those which are marvelous art works decorated with statues, mosaics and artistic carvings. Each station has its own story to tell, so you’re going on a thrilling journey of Russian history and culture. You’ll become acquainted with the founder of the city Peter the Great, most admired poet Alexander Pushkin and many others. Besides, you’ll know about the Soviet times and life in the city during the second World War.
Saint Petersburg underground is also the most common way of travelling used by over 2,77 mln people per day.

Explore one of the deepest and most elegant underground in the world!