The History of Revolution in Petersburg through its Authors 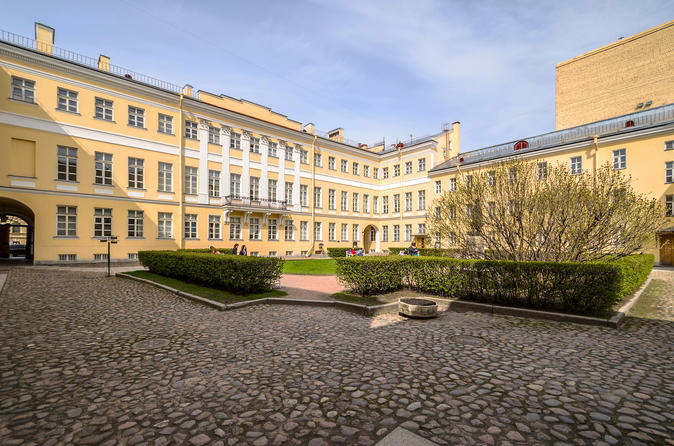 Take a deep look at Russian literature through the streets of inspiration city, having a perspective of an American living in Russia

My name is Molly Jane, and I'm a Russian Studies Master's student in St. Petersburg, Russia. I'm originally from Los Angeles, California, but I received my undergraduate degree in Russian Literature, and so couldn't wait to move to St. Petersburg as soon as possible after graduation. I've been in Petersburg for about two years now, studying and doing freelance translation work on the side. During any of my tours, feel free to talk to me about Russian literature or my favorite research subject, the Russian detective novel. Like most people write in their bios, I love to travel (who doesn't), and I just spent the last 3 ½ months living in Kazakhstan and working at the World Fair. I'm sure we will not lack for things to talk about!

St. Petersburg is home to some of the greatest writers and poets in Russian history, all of whom had their own relationship to the either the Tsarist government, Russian revolution, Soviet power, or modern Russian society. This tour will not only show you the sites of where authors such as Pushkin and Nabokov lived and wrote, but it will explain their writings and personal history in the greater context of Russian history. This tour will show you how Russian poets like Mayakovsky and Esenin eagerly participated in building Soviet society, only to take their own lives as a result of what they had helped build, as well as lead you into places like the hidden garden courtyard of the Anna Akhmatova museum, dedicated to the female poet who watched her husbands and son die under Soviet oppression.

Take a deep look at Russian literature through the streets of inspiration city, having a perspective of an American living in Russia