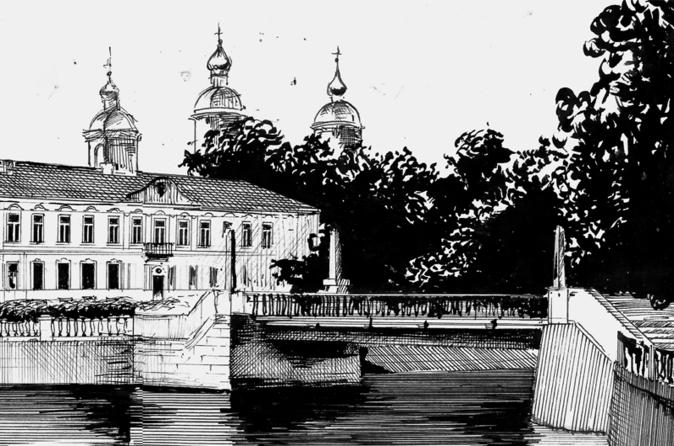 This tour is perfectly suited for those who have already visited St. Petersburg and those who simply want to explore the city’s unbeaten paths. We will show you some of the most popular sights from a unique perspective as well as lesser-known attractions that are often unfairly ignored on standard tours.

Our guide will meet you at the designated time and take you to the first sight, the Temple of the Assumption. The neo-Byzantine style church was closed during the Soviet period and, repurposed as the city’s first year-round skating rink. It underwent serious renovations, and has been fully restored to its former glory
Your next destination is one of the most impressive landmarks - the Singer Company Building.
Take a short walk to admire to the magnificent Church of the Savior on Spilled Blood. The church, inspired by St. Basil’s Cathedral in Moscow, showcases the distinct features of Russian architecture
If the weather permits, we will take you for a stroll through the Summer Garden, the oldest and most beautiful park located in the center of Petersburg
After lunch in one of the city’s finest restaurants, the tour will continue with a fascinating excursion along the canals of Petersburg in a private motor boat. You will be able to observe the historical center of the city from a unique perspective
The second day of the tour begins with a visit to the Vitebsky Railway Station. The station opened its doors in 1837, becoming the first railway station in Russia. The station, built in the Art Nouveau style, is as beautiful as any palace
From here we will board the train to visit Pavlovsk Park. Catherine the Great presented the Pavlovsk Palace as a gift to her son Paul on the occasion of the birth of his son Alexander. The adjacent palace is world renowned for its grandiose interiors, outstanding art collection, and stunning landscape park
Upon arriving to the city center, you will have a choice to visit one of several small but fascinating museums listed below or to enjoy some shopping. You can decide on it while on tour
1. The Historical Scale Model Museum and its exhibition “ Petrovskaya Akvatoria” a historically accurate reconstruction of the most significant maritime sights of St. Petersburg
2. Soviet-era Communal Apartment – an intriguing and unique exhibition of a formal communal apartment. The exhibition grants rare insight into the daily life of Soviet citizens as Russia created a distinctly communist form of domestic life
3. The “Masters of Art” Necropolis. Since the early 19th century the wealthiest and most famous residents have been laid to rest here. There are numerous tombstones, sarcophagi, columns, stelae, and obelisks. All are striking in their artistic appearance and allegorical symbolism
4. Shopping. Instead of the ordinary souvenir shops that stand on every corner, we suggest visiting the many specialty stores

This tour is perfectly suited for those who have already visited St. Petersburg and those who simply want to explore the city’s unbeaten paths. We will show you some of the most popular sights from a unique perspective as well as lesser-known attractions that are often unfairly ignored on standard tours.