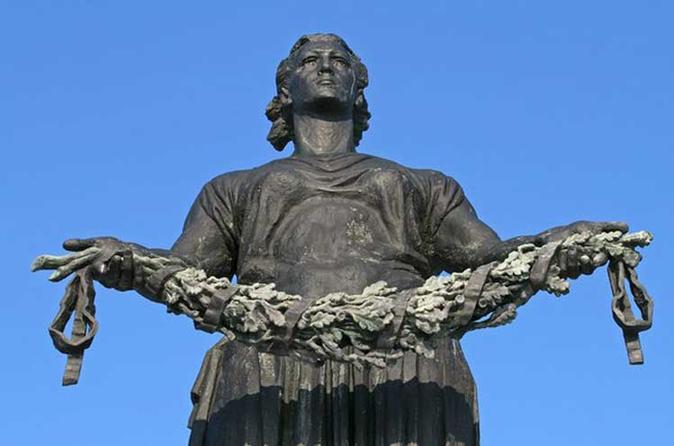 Private car tour with excursions in the museum of Political history of Russia, museum of Siege and Defence of Leningrad and Piskaryovskoye cemetry.

Our political and military car tour will immerse you in the events of the Russian history and its special, sorrow and glorious page – great Patriotic war and Siege of Leningrad. With your guide you will visit the most important thematic museums and places: museum of Political history of Russia, museum of Siege and Defence of Leningrad and pay tribute to soviet warriors and Leningrad citizens on Piskaryovskoye Memorial cemetry.

Museum of Political History of Russia
It houses about 500 thousand exhibits. Here you will learn about the events which led to the establishment of Soviet regime, about the major political, economic and cultural reformations from XVIII century to the present day that predetermined the fate of our country. The exhibition presents heirlooms of the prominent political, state and public figures, as well as a unique collection of colorful banners of the revolutionary 1917th year and the Civil War.

Museum of Siege and Defence of Leningrad
It is a small but extremely important museum of St. Petersburg. Its exposition tells the story of the most harrowing period of the city's history – 900-day Siege of Leningrad which lasted from 8 September 1941 to 17 January 1944. You will learn a lot about the struggle of the Leningrad citizens during war and blockade, know how the food supply, municipal services, transport and everyday life were organized. The guide will tell you how national militia was formed and how did people survive in those tragic and heroic days.

Piskaryovskoye Memorial cemetry
Piskaryovskoye cemetery is the world famous national monument in the memory of the World War II and a museum of the feat of Leningrad and its heroic citizens. It was opened on the fifteenth anniversary of the Victory Day, on May 9, 1960. There are 186 common graves in which 420 thousands of those who died from hunger, bombing and shelling and 70 thousands of soldiers, who defended Leningrad are buried. The cemetery is a symbol of fortitude, courage, absolute love to the motherland and strength of spirit of the victors in the most murderous war in all ages.

Private car tour with excursions in the museum of Political history of Russia, museum of Siege and Defence of Leningrad and Piskaryovskoye cemetry.

Our system is experiencing some issues at this time. Please try again later.